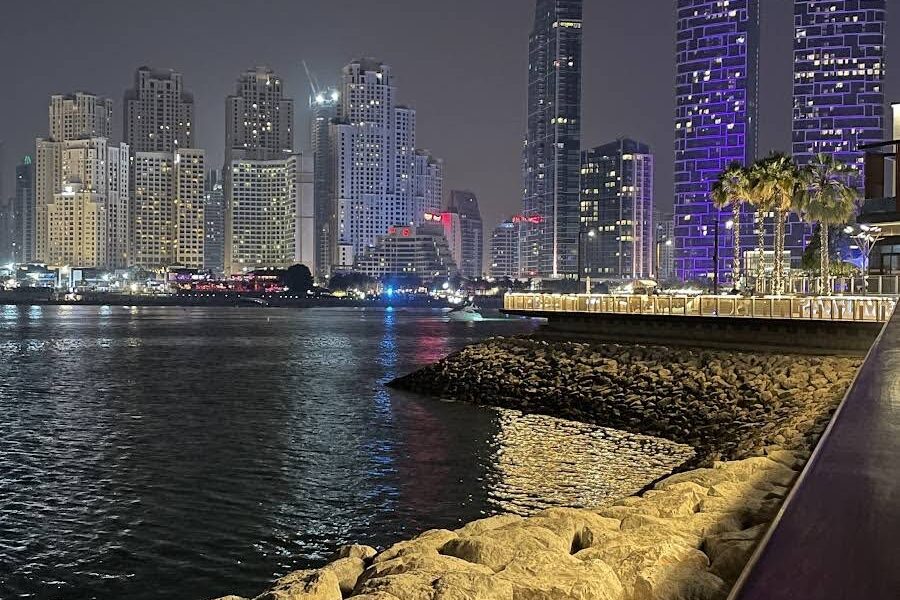 “The new macro regime is playing out. We think that requires a new, dynamic playbook based on views of market risk appetite and pricing of macro damage,” says BlackRock’s Investment Institute team led by Jean Boivin. BlackRock says the market is misjudging these key risks. 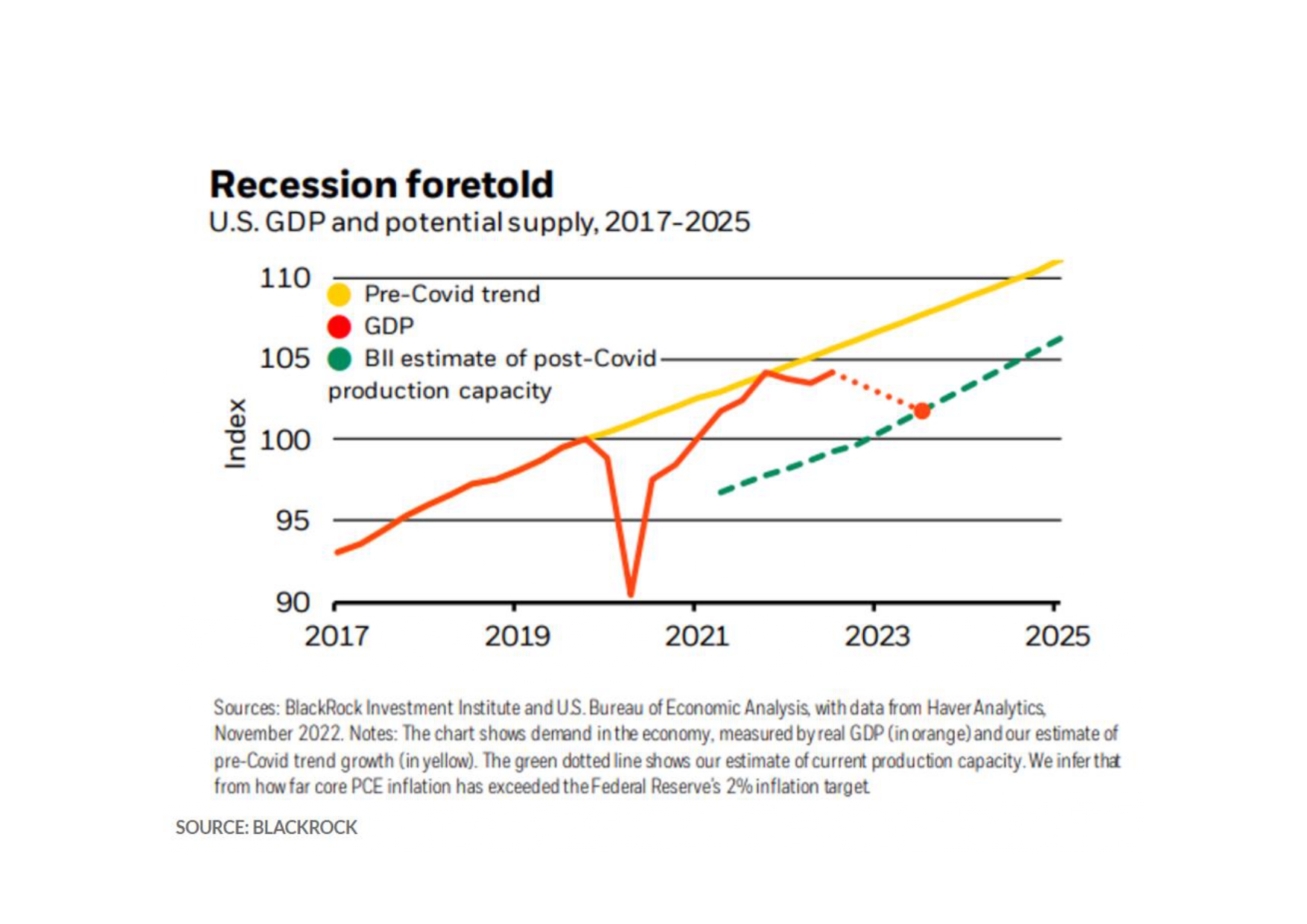 In addition, Bloomberg reported that there is a $65 Trillion Hidden Global Debt. According to the Bank for International Settlements, a hidden risk to the global financial system is held by non-US institutions via currency derivatives.

Natalie Smolenski argues that we are currently witnessing the end of a “debt super cycle” and the beginning of an economic depression, as the collapse of major cryptocurrency exchanges and hedge funds has triggered systemic shocks and caused a cascade of insolvencies and bankruptcies.

On the positive side, according to McKinsey’s Global Banking Annual Review, “Bank profitability reached a 14-year high in 2022, with expected return on equity between 11.5 and 12.5 percent. Revenue globally grew by $345 billion. This growth was propelled by a sharp increase in net margins as interest rates rose after languishing on their cyclical floors for years. For now, the banking system globally is sitting comfortably on Tier 1 capital ratios between 14 and 15 percent—the highest ever.”

In an economy that’s regaining momentum, the tech sector is the outlier, losing jobs faster than socks lose their mates in the dryer. So it is difficult to explain how this economic uptick reconciles with the tumult in tech. 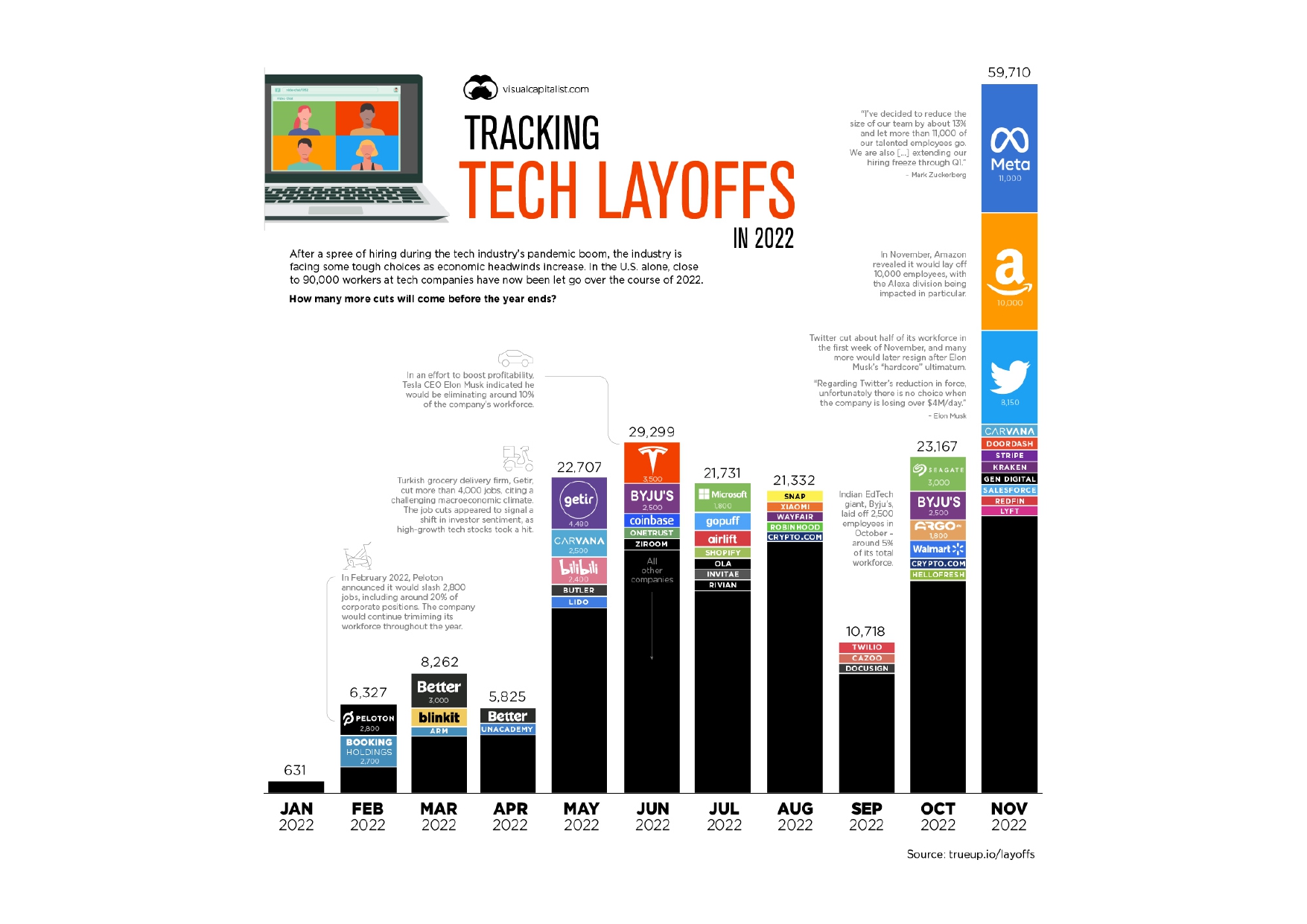 Still not yet clear how these “recalibrations” can maintain the same cash flow and produce innovation in the future.

“Every organization must be able to understand, anticipate and react effectively to risks as they evolve,” said Alex Karp, co-founder and chief executive officer of Palantir Technologies. “This requires leveraging the massive amount of relevant data and distilling it to usable insights.

More than ever, the market seems to be unpredictable. The leading and lagging indicators are difficult to correlate with the actual behavior, and prudence seems to be the leading advisor. After a year of wealth accumulation, the risk of missing the quarterly number is increasing The Innovator’s Dilemma raised by Clayton Christensen.

Prev
Is science and technology decoupling?
Next
Walking the Talk: be a snow artist